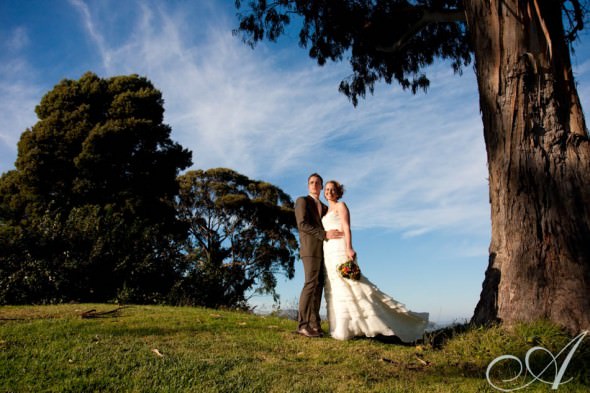 It’s time. That’s right, Angie and Mike are back. That means transformers and dancing, but first a bit more from the earlier part of the day. These two have a million ways to smile.

Angie taking a moment with her dad.

I love this photo for lots of reasons. Partially because the couple on the right, Hilary and Scott, are a past bride and groom of ours; it was really fun to see them at Angie and Mike’s wedding. Also all of these guests are so engaged in what they are doing. And what they are doing is looking at photos. Angie spent hours and hours and hours putting together boxes of family photos. She printed them all in black and white, set each box (all were different) on a table for guests to enjoy. It was so much fun!

One such photo of Mike and his sister made the rounds because it was hilarious. A moment in history that I had never expected. Of course, that meant we had to re-enact the photo. Kind of reminds me of a recent Modern Family episode.

Mike’s transformative nature…??? According to his best man, it appears that Mike can go to dichotomous extremes. For one, he is not fond of hippies, but he himself is a vegan. In a similar vein, he was a self-confirmed bachelor, but found the love of his life and went in the other direction with full force, completely committing to Angie.

And then of course, there are the actual transformers. Every single speech alluded to his special collection of Transformers, a full wall in his man cave devoted to them. Dave, of course, took this as a sign that we needed to purchase a Transformer as a prop for their ring shot. (Dave was absolutely giddy as we were shopping in the toy aisle.)

Mike wasn’t the only kid who enjoyed himself at his wedding. The chocolate cupcakes were a huge hit with the youngin’s.

We took a break from the laughter to smile at the sweetness of Angie and Mike’s first dance.

And then more laughter and cheers ensued. Angie had a special surprise in store for Mike. At this point, he had no idea what was ahead for him. So he apparently needed to steel his nerves.

And what was in store for him? A fabulous dance number choreographed by Angie and her friends. A little background… Several months before their wedding, Angie and Mike had arranged a little dance-off competition for their wedding- Angie & her friends vs. Mike & his friends. It seems that Mike allowed things to fall by the way side, but in secret Angie was masterminding her routine. And not only was it a complete surprise to Mike, Angie put in a special tribute to her mom, selecting a song that Angie had won a talent competition with when she was in elementary school, a song her mom would know and appreciate.

Mike’s dance number? Maybe it wasn’t choreographed but it sure was cute.

And a little movie in celebration of Angie and Mike…

Special thanks go out to the professionals who made Angie and Mike’s day so amazing:

And of course, many many thanks to Angie and Mike for including us in your most wonderful day. We had such a great time with you guys- and kept laughing and smiling while working on the images. Thank you!

If you would like to see more from Angie and Mike, check out their engagement session, sneak preview, rehearsal dinner, and slideshow.