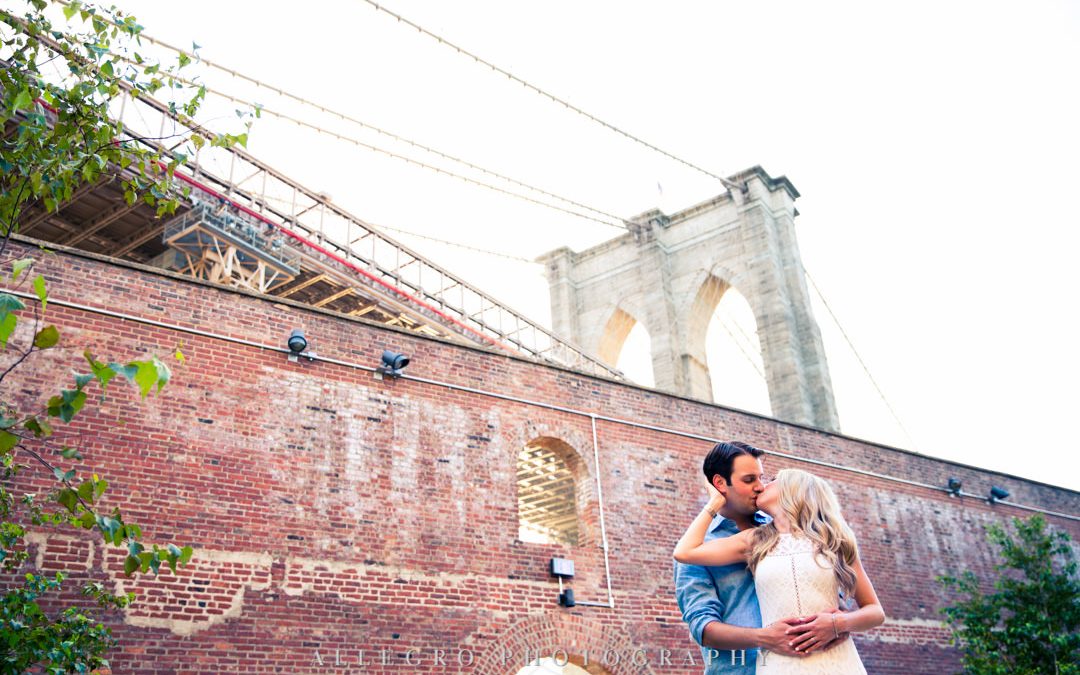 The Brooklyn Bridge, picture-perfect buildings, golden hour, and a happy, city-dwelling couple. M and D had no problem sharing their engagement excitement against a magnificent Brooklyn sunset-laced sky.

Getting called to Brooklyn for this session was such a treat. Boston native M and New York native D moved so comfortably underneath the skylines they’ve grown to know well during their longtime Manhattan residence. While standing along the Brooklyn promenade, this couple may have appeared small in the foreground of the colossal Brooklyn Bridge and towering clouds that hover over the vast East River. But the strength with which they embraced and looked at each other proved them to be the ultimate power in each photograph. Their Boston wedding continued the story of this special urban love.