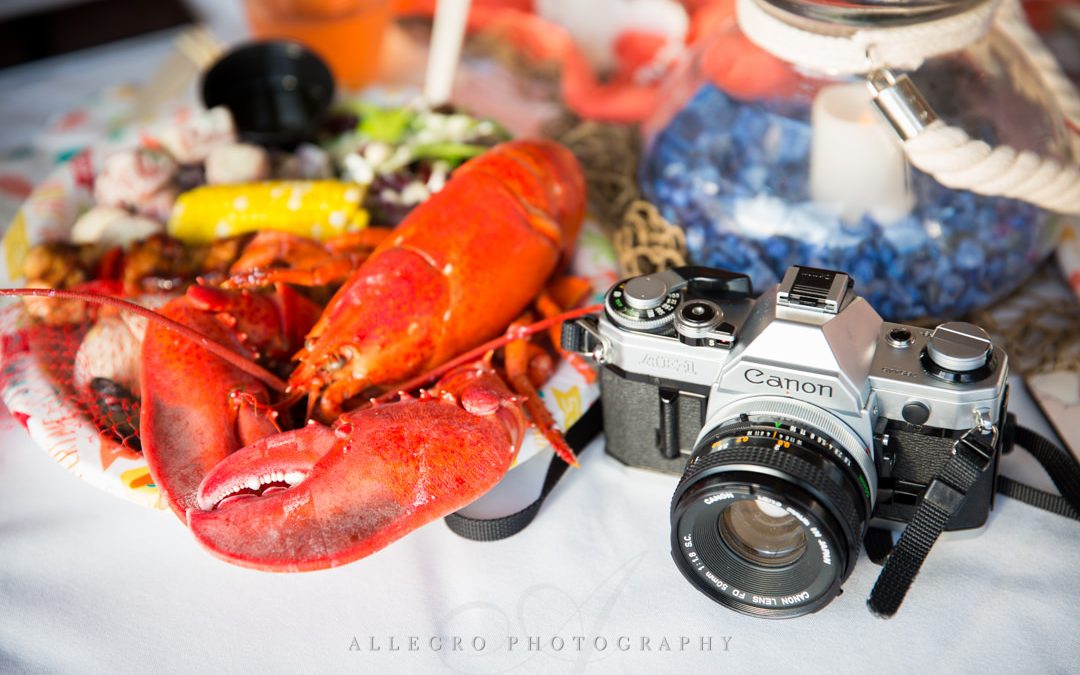 It’s time to rethink rehearsal dinners, friends! S+J’s rehearsal dinner was definitely one for the books! They decided to treat their guests by taking them to Spectacle Island, which is a part of the national parks system and one of the Boston Harbor Islands. S+J are a very laid-back and casual couple so a relaxing ride to an island really suited their personalities.

It was a warm day but the ride to the island and the island itself had wonderful breezes to cool all the guests down. The ferry had great views of Boston whilst leaving Long Wharf which was a treat for S’s family as they are from Chicago! There’s nothing like Boston from the harbor! Even locals don’t venture out to the islands very often so everyone really enjoyed themselves. The island offers stunning views of the ocean, harbor, and city lights (particularly when it got dark).

Once everyone got to the island, they were in for a treat. S+J offered the full New England experience with a clam bake and lobsters. Once everyone was stuffed, they played all sorts of fun games until the sun went down. Then they had open fires on the beach complete with our favorite, s’mores! (There’s truly nothing like a perfectly golden brown marshmallow.)

Their New England inspired rehearsal dinner really set the stage for their Boston Harbor Hotel wedding the next day. We love the New England and Boston style they brought to every part of their special weekend!