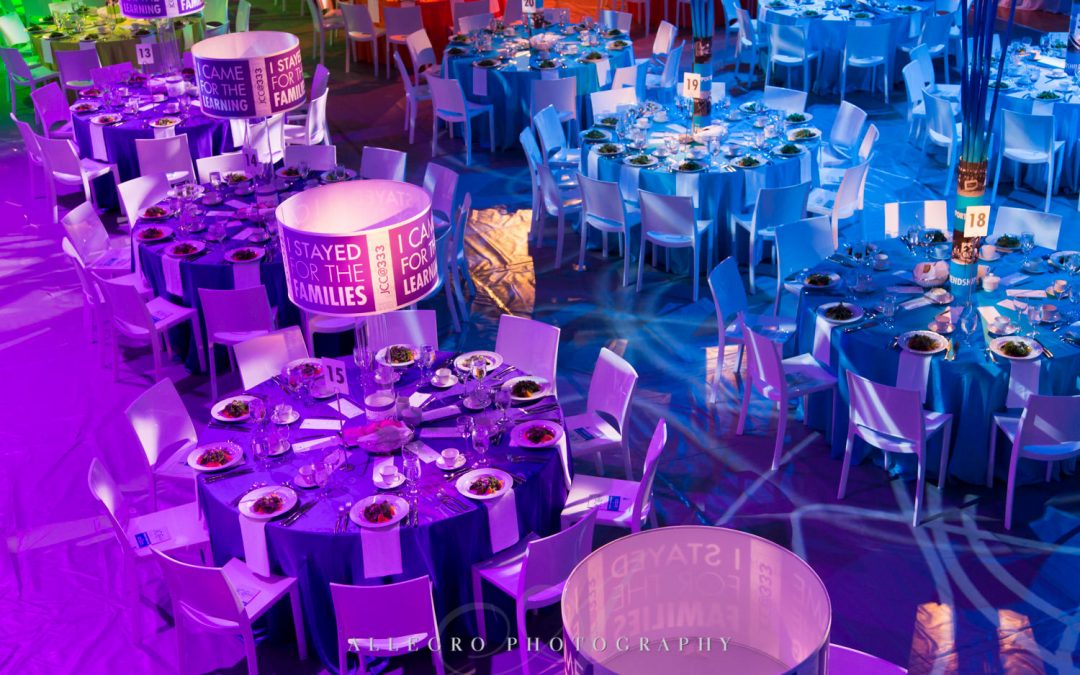 The Jewish Community Center in Greater Boston seeks to engage in quality educational, fitness, cultural and social programs for the Jewish community. Every year, the JCC Greater Boston hosts their annual gala which celebrates and benefits their work and vision by raising funds for the JCC annual campaign.

The JCC prides itself on having programs that fit families needs at every stage. They provide programs that include; four exceptional preschools, day and overnight camps, early parenting support, fitness centers, and even Jewish culture classes. The JCC Greater Boston truly is a welcoming place for all where you can meet other families that share similar values as you. Being able to reach more than 50,000 people, in 98 different communities has allowed the JCC to award over $750,000 worth of scholarships each year. This makes the JCC accessible to people who could not otherwise afford it and participate in the enriching programs.

This gala was unlike any other, you knew from the moment you walked in you were in for one special night. You felt like you were on the red carpet with their step and repeat waiting for you to strike a pose! There were props, promoting the JCC, for those who wanted to take some photo booth like photos, which were later given to the guests as a souvenir. Such a great idea for the younger ones and even the adults enjoyed it! Since the JCC is about embracing both adults and children, there were many speeches given and even some performances put on by the children! The children singing was a big hit with the crowd!

The JCC took advantage of the large auditorium space and projected strong words up on the wall. As you will see, some of them were; Jewish, community, fun, and identity, all to showcase what the JCC is about. As the reception began and everyone was done mingling, they entered a space with the most spectacular use of lighting! Suddenly guests were submerged in pops of color. There were different color sections ranging from; purple to blue to green and orange, that filled the room with vibrance. To really bring to life the meaning of this event and their mission, the JCC got embraced their values as their centerpieces! Simple clear vases held different messages at each table. One would read, “I came for the learning” and another would say, “I stayed for the community.” All these different messages and words effectively brought to life the sense of pride that the JCC and its Jewish community hold in their heart.

Though centered around connecting the vibrant Jewish community, the JCC is open to all who hold an open mind. If you would like to read more about other non-profits, please check out Rosie’s Place and 826 Boston Night of 1,000 Stories!