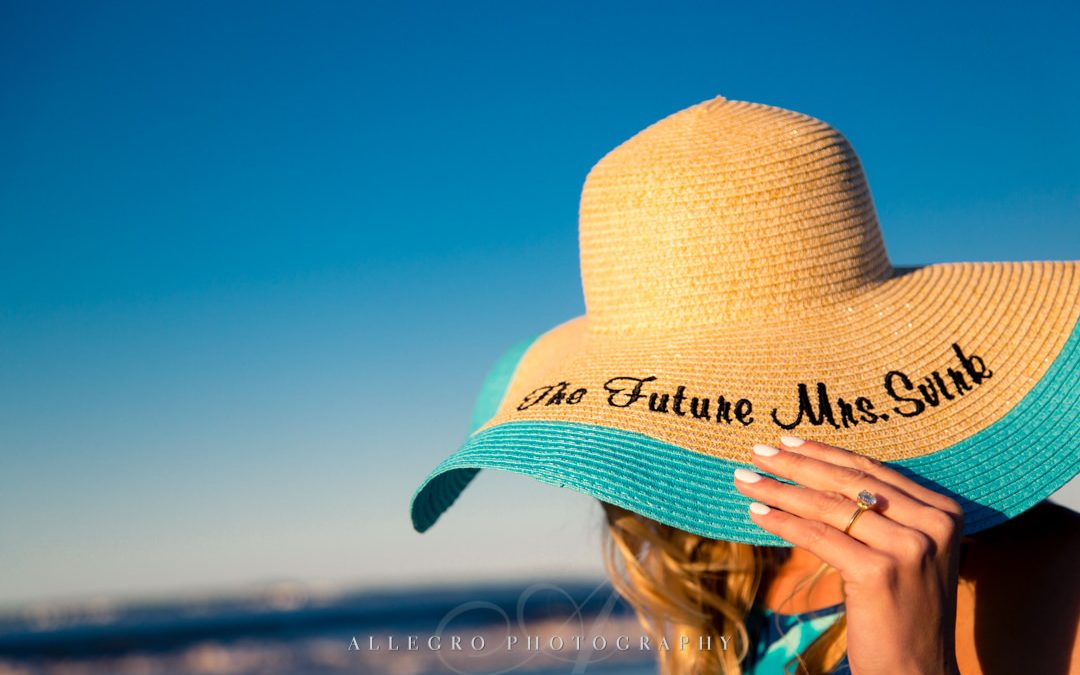 We are absolutely thrilled to share M+C’s engagement session today! They are saying their “I do’s” tomorrow at one of our favorite places, the historic Fairmont Copley Plaza Hotel, so we are taking today to celebrate them! We’re getting ahead of ourselves though; let’s take it back to the beginning….

Just as the clock struck midnight on February 14th, M+C met. They were sophomores at Northeastern and were at a bar for a friend’s birthday. C struck up the conversation, and as Valentine’s Day would have it, they agreed to have dinner (but only if M could order chicken lettuce wraps). Something was definitely in the air that day because they have been together ever since!

In November of 2015, C decided to propose. He asked M’s dad to meet him for coffee and after receiving the blessing, decided there was no time like the present! He had bought the ring over the Thanksgiving holidays and just couldn’t wait to pop the question. So, later that day, on the way home, he told M they were going to meet some friends for drinks. He took her to the Envoy Hotel where he had convinced the staff to allow them rooftop access. He got down on one knee and asked M to marry him. So romantic!

These two are so sweet and fun with each other. C works in finance and M owns a Lily Pulitzer Store so we knew their engagement session would be something special! They had recently moved to Revere Beach and loved the water; they knew their new home was the right location. They both love to laugh and it was a ball photographing them enjoying themselves! We particularly love how they incorporated beer by the beach (is there anything better?)!

Now there’s just one more night’s sleep before these two get to spend the rest of their lives together!